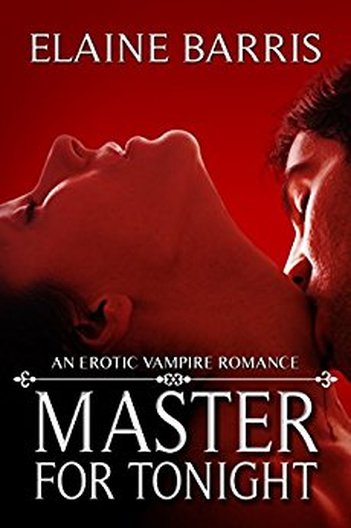 Kate Collins is an average woman in her late-30’s, plagues by panic attacks. Sent home by her boss at the shelter, she prepares to have a night of relaxation… until her doorbell rings.

Julian Montfort is the most beautiful and masculine man she has ever seen. He exudes ‘maleness’ from his entire body—that certain quality some men have in their DNA that makes a woman recognize her femininity…her ‘womanness.’ That part of her that is soft, malleable, and made to accept him. Drawn to him despite his unconventional arrival, Kate must answer his question: “Can you allow yourself this indulgence? It’s just one night.”

“Master for Tonight was an amazing love story. It is very well written and the story kept me entertained with love and hot passionate sex.” Amazon Reviewer